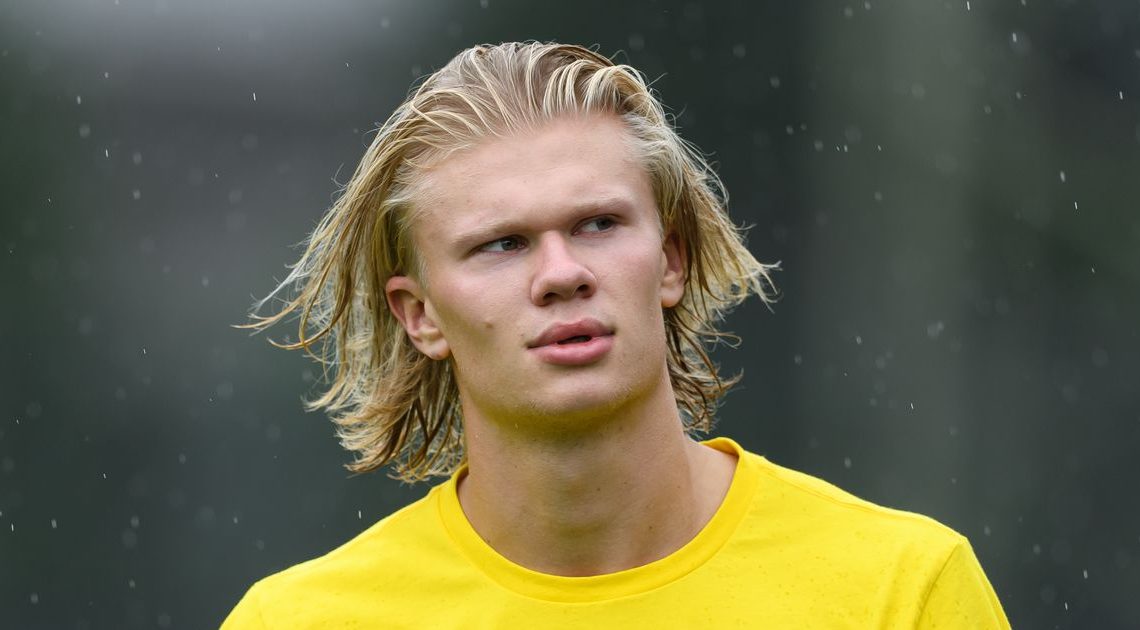 Manchester City favourite Shaun Goater has joked that he will play ‘agent’ to help the club sign Erling Haaland.

The 21-year-old has established himself as one of the hottest properties in Europe at Borussia Dortmund, where he has scored a staggering 63 goals in 64 games all-told.

Haaland has also netted 12 times in 15 senior internationals for Norway.

In the midst of THE summer transfer saga, City were unable to replace Sergio Aguero as they missed out on a high-profile move for Harry Kane – with the England captain pledging his future to Tottenham after the north Londoners refused to play ball with the Premier League champions.

It’s a decision which means City might divert their attentions elsewhere 12 months from now.

Haaland, meanwhile, is reported to have a £75million release clause that will become active this season – amid top clubs across Europe tracking his each and every move.

Of course, the player’s father (and one of his representatives) Alf-Inge Haaland is a former City midfielder himself – and one-time team-mate of Goater.

Speaking to Casumo, the popular Burmudan said: “I think the Harry Kane train has moved on.

“Next year he will be another year older. Haaland would look to be the more likely option for next summer. If City need me to speak to his father, I’ll have a word! He’s phenomenal.

Which striker should City target next summer? Let us know in the comments section below.

“When Borussia Dortmund played against City, there were two or three occasions where he was able to show his pace and his threat. I just sat there and thought: ‘Wow, this guy has got incredible pace and an eye for goal’.

“One thing you can’t defend against is pace, he’s a really exciting player.

“With Alf-Inge [Haaland] having already played at the club, it seems like a natural fit. Haaland will know the DNA of the club, having heard about it from his father as a youngster. It would be an excellent fit and something City could be working on for next summer.”