City transfer plans will not be hit by FFP bother 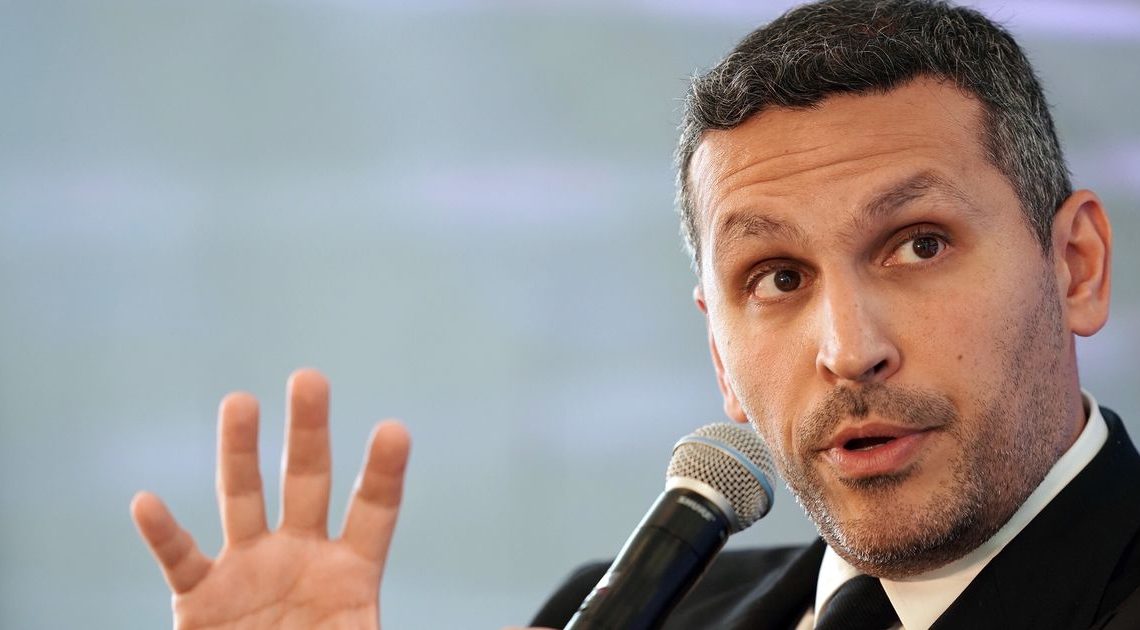 Manchester City’s transfer plans will not be hit by Uefa’s financial fair play rules – whatever guise they take.

The Blues chairman Khaldoon Al Mubarak says that the club is now in “a position of strength” to deal with whatever regulatory rules are thrown at them.

And with City aiming to reinforce their squad this season – with Harry Kane high on their list of potential Sergio Aguero replacements – the hierarchy are adamant that the threat of further trouble, and the £126million loss induced by the pandemic, will not affect their investment plans.

City have twice fallen foul of the controversial Uefa regulations that are aimed at making clubs break even – they were sanctioned in 2014 after failing to comply, eventually paying a £16million fine and having caps placed on their transfer spending and Champions League squad size for a season.

And then in 2019 they were banned from Uefa competitions for two years for alleged historic breaches, after claims they had subverted the FFP rules by funnelling owner Sheikh Mansour’s own money through Abu Dhabi-based sponsors.

The latter conviction was overturned on appeal to the Court of Arbitration for Sport (CAS) last year, leaving City free to compete in the Champions League.

Many claimed the CAS verdict had killed financial fair play, but Uefa have shown no signs of giving the concept up – although they have drastically relaxed the rules to allow clubs to cope with the effects of the pandemic, and are now discussing caps on transfer fees and wages rather than targeting break-even requirements.

Whatever they come up with, City chairman Khaldoon Al Mubarak says that the club is now perfectly placed to cope.

Should City splash out in this transfer window? Have your say in our comments section

That means the Blues are now in the position they were aiming to be when Sheikh Mansour first took over the club in 2008, standing on their own two feet and – apart from the £126million loss inflicted by the pandemic last season – able to make a profit without owner investment.

That was reflected by Al Mubarak in his annual address to City fans, when he was asked about how financial fair play might affect their ability to compete with the other top clubs in terms of transfer fees and wages.

“Our ability to compete in that top tier is clear, and we will be both competitive and aggressive.”

But he added that financial fair play is not dead, and City will continue to meet the demands placed on them by Uefa, or the Premier League.

“We are subject to rules and regulations in whatever jurisdiction we are part of, but I think today as a club, as a group, we are in such a different place,” he said.

“We have a sound financial standing right now. We’ve always been sound, but our balance sheet strength over the last ten years has gone from strength to strength, and today our ability to have a strong revenue stream, a diverse revenue stream, to have a strong presence in both the Premier League in terms of our standing, and in the Champions League, and in terms of Champions League revenue, the group of sponsors we have built, the diverse investments we have done over the years …

“I’ll argue this group is one of the best-run groups in the world, this club is very well-managed and financially strong, and from that perspective, when you talk about financial fair play, it’s about rules and regulations which we will meet, but in terms of our ability to move, we are in the position I have always wanted us to get to, which is a position of strength.”