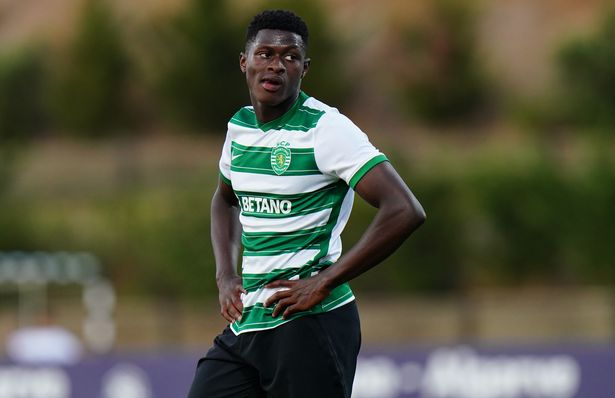 When asking the question of whether or not this transfer window has been a success for Manchester City, supporters are split.

Only a particularly spoilt fan would label this summer a disaster, given City signed one of the Premier League’s best creative midfielders.

The £100million capture of Jack Grealish was one of the most eagerly anticipated moves of the year, and one that no doubt improves an already stacked attacking arsenal.

However, one cannot ignore the fact that City failed address their biggest need this summer; a new striker to replace Sergio Aguero.

So confident were City’s hierarchy of prising Harry Kane anyway from Tottenham that they seemingly didn’t line up any alternative options.

Cristiano Ronaldo came the closest to being just that, but City pulled the plug on a potential deal and let him rejoin Manchester United instead.

As Pep Guardiola said after Saturday’s 5-0 win against Arsenal, it’s unlikely City will make any more signings this window. But, in an ideal world, who would walk through the doors at the CFA? Here’s how my fantasy deadline day would go.

Personally, I thought that City should have prioritised a left-back over a striker this summer. Oleksandr Zinchenko is the best option Guardiola has, but while his dedication to the role and his hard-working performances are commendable, he isn’t at the same level as Kyle Walker on the opposite flank.

Nuno Mendes would be a dream signing on deadline day. At 19, the Sporting Lisbon defender is still a raw talent but, if the rise of Phil Foden is anything to go by, then Guardiola is the coach to help him develop.

He’s a marauding left-back who is more than capable of sticking to the wing or driving inside, all while carrying out his defensive responsibilities with ease.

He certainly wouldn’t be an immediate starter, but under Guardiola’s tutelage, he could easily become the best left-back in the world.

If City wanted someone who could come into the starting XI straight away, then Benfica’s Alex Grimaldo would be a good choice.

Guardiola might be tempted for another reason too. Grimaldo is a graduate of Barcelona’s La Masia academy, so is already well versed in the style of football the City coach espouses.

Like many City fans, I’m fed up of talking about strikers.

But if we’re talking in purely fantastical terms, then I wouldn’t argue if Erling Haaland arrived on deadline day. City will face a tussle for his signature come next summer, so it might be best to secure his services now. However, to do so would be incredibly expensive.

It seems wrong to say that in an ideal world Bernardo Silva would leave City, but like Guardiola said recently, I just want to see Bernardo happy.

He’s been a brilliant servant to the club, despite wanting out for over a year now. It’s always painful to see a fan-favourite leave, but if it’s what he wants then the Portugal star deserves it.

It would certainly help future transfer activity if City were able to raise some extra funds before the window closes. Getting the £20m they want for Yangel Herrera would be a great start, as would moving on Philippe Sandler and Patrick Roberts.

Even if the latter two move on for next to nothing, inserting sell-on-clauses into any deals would guarantee some income further down the line.

Will Alex’s dream deadline day come true? Follow our new City Fan Brands Writer Alex Brotherton on Twitter to get involved in the discussion and give us your thoughts in the comments section below.