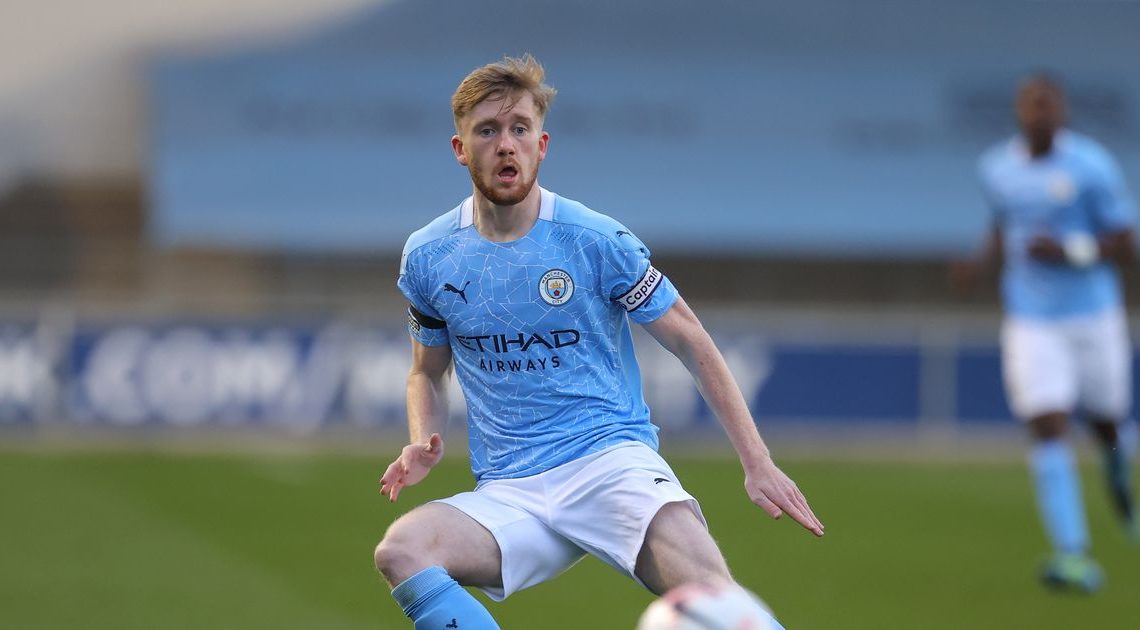 On a busy deadline day at the Etihad Stadium, midfielder Doyle was one of several youngsters to leave City on loan.

Doyle, who has been on City’s books since the age of eight, joined Bundesliga 2 outfit Hamburg for the remainder of the campaign, with a temporary switch to Germany poised to bolster his opportunities of earning regular game time.

The central midfielder, who has made seven first-team appearances for the Blues to date, was amongst the substitutes for City’s back-to-back 5-0 home wins over Norwich City and Arsenal last month, but failed to get off the bench, with a move to Germany materialising just three days after the win over Arsenal.

Although it has been more than a week since Doyle’s switch to Hamburger was confirmed, the midfielder has taken to social media for the first time to react to a temporary exit from the Etihad Stadium.

Posting a picture of him with his new shirt, Doyle wrote on Instagram: “Excited to be here! Looking forward to getting to work!!”

His social media post has since attracted plenty of responses, including from fans, current City team-mates and players who have played alongside him in the past.

Amongst the current crop of City stars to have reacted to Doyle’s post are Fernandinho and Grealish, both of whom have sent good luck messages to him.

Grealish, too, followed suit, posting a message of a similar feeling. He said: “Goooo on lad. Good luck Geez,” followed by a blue heart emoji.

The midfielder, whose Grandad, Mike, of course, used to play for City, has not previously left City on loan, meaning his time at Hamburg will be a completely new experience to him.

Doyle could make his debut for his new club when they lock horns with SV Sandhausen on Saturday evening, with Hamburg looking to halt their four-game winless run in the league.