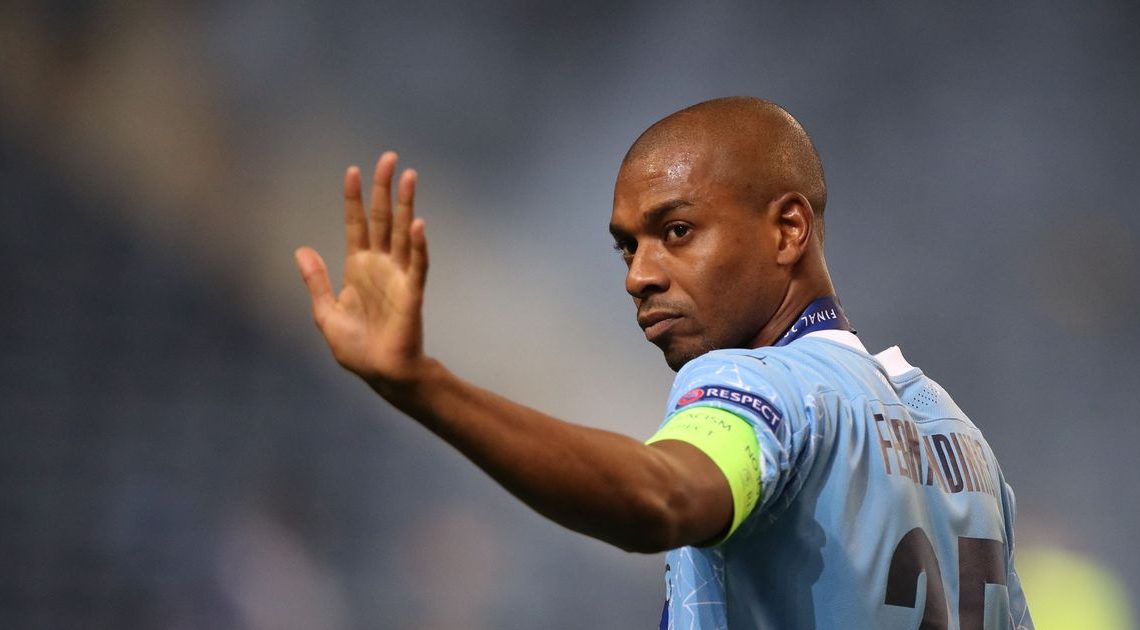 Manchester City fans have been given a fright on Friday evening as Fernandinho is not on the club’s retained list of players following the conclusion of the season.

It’s already set to be a huge summer for City as they will say goodbye to record scorer Sergio Aguero, who will join Barcelona upon the expiration of his contract at the end of the month.

Fernandinho is also into the final month of his current deal, which is set to expire on June 30, and is yet to agree on an extension.

With the club captain’s future still up in the air, he has not been named on City’s retained list and is instead on the Premier League’s list of players set to be released this summer.

The list was published on Friday and also includes Aguero as well as Eric Garcia, who is following the Argentine to the Camp Nou.

The Manchester Evening News understands that talks are ongoing between Fernandinho and the club over a new deal but an agreement has not yet been reached. In order to comply with Premier League rules, City had to submit a list of retained players on Friday and as the 36-year-old’s future has not yet been decided they couldn’t place him on it – but it is not seen as an issue.

It is not a definitive list and players can still negotiate with their clubs to extend their stay – so there is still a strong possibility that Fernandinho will remain at City.

The Brazilian enjoyed yet another excellent campaign and helped guide the Blues to a fifth Premier League title and their first Champions League final, where his exclusion from the starting XI was seen as a major reason for their 1-0 defeat to Chelsea.

Do you want Fernandinho to stay at the club? Let us know in the comments below!

In February, Fernandinho said he had taken the decision to wait until the end of the season to discuss his future and also revealed he had already been offered a role at the club once his playing days are over.

“I’ve been focused on Man City, I know how much my teammates need me,” he told journalist Fred Caldeira.

“I know how much my teammates need me. I made a decision to only decide my future when the season is over. I already had an offer, not to be part of Pep’s staff, but to be an employee of the club.

“I was flattered, after eight years at Man City and the respect I have gained here, but it is a decision that I put aside.”