Four players Man City are favourites to sign this summer 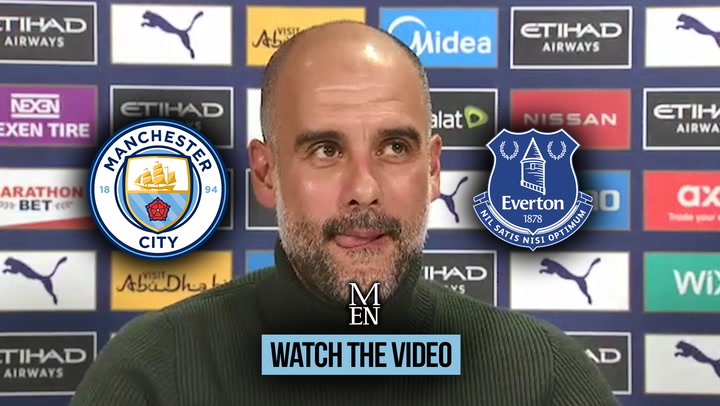 Manchester City are set to bring a close to what has been a successful season, lifting the Carabao Cup and Premier League while preparing for the Champions League final against Chelsea.

Pep Guardiola’s side will still be active in the transfer window whatever the case, as they seek to defend their league crown next term.

The departure of Sergio Aguero will be the biggest change to the squad, with City in the market for a replacement though Guardiola has insisted they will not pay the £100m-plus sums touted for the likes of Erling Haaland and Harry Kane.

In what could be an exciting transfer window, Skybet have provided the odds of four players who they consider City to be the favourites to sign. The hottest property in European football, Erling Haaland has a release clause of around £60m to leave Borussia Dortmund next year and a sale from the Bundesliga side may be on the cards in order to maximise the fee they’ll receive.

However, the German side have been insistent that they want to keep the Norwegian forward for another year and, as such, the wealth of clubs chasing his services may need to be patient with their pursuit.

If a move is to materialise though, City are considered to be at the front of the pack despite Guardiola’s comments about the mammoth fee that would be required.

Another stellar campaign from the Aston Villa captain has seen Jack Grealish’s stock rise once again and City are now ranked ahead of rivals Manchester United to sign the England ace.

Six goals and ten assists this season are a stellar return for Grealish, who is tied to a long-term deal at Villa Park, and a mammoth fee may be required to land his services.

A move to the Etihad Stadium is touted though, with City firm favourites to secure his services in what would represent an extremely exciting piece of business.

Another England ace being linked with a move to the Etihad Stadium, Jude Bellingham has excelled with Borussia Dortmund after moving to Europe from Championship outfit Birmingham City last year.

The 17-year-old was a regular fixture in Dortmund’s side, featuring in 29 league matches, and scored in the Champions League against Manchester City.

While Bellingham career is in its infancy, plus the fact that Dortmund will be reluctant to sell just a year after his arrival, City are considered to be the front of the queue.

Lionel Messi’s future has been a topic of discussion ever since his high-profile fallout with Barcelona last summer, with the general consensus being that this was his last year with the club.

However, the situation surrounding the 33-year-old may have changed significantly following the club’s elections and a major period of transition is on the cards at the Nou Camp – which could likely see Sergio Aguero join the club from City on a free transfer.

While Messi’s future is unclear, City are considered to be the favourites to land his services if a move was to materialise.