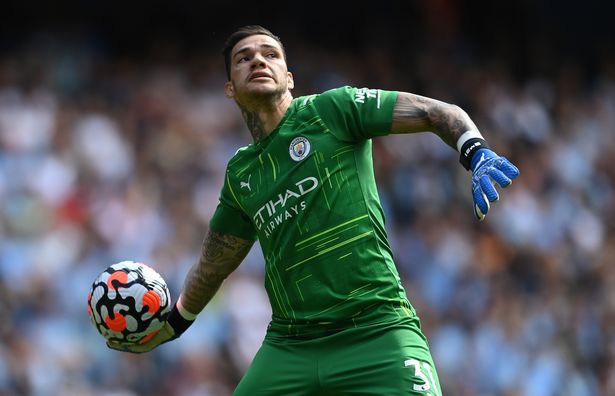 Manchester City learned on Wednesday that they’ll be without Brazilian duo Ederson and Gabriel Jesus for the upcoming Premier League trip to Leicester.

After City and other Premier League clubs refused to release their Brazilian players for international duty due to the need for them to quarantine for ten days upon returning, the Brazilian Football Confederation invoked a seldom-used FIFA rule.

FIFA have the power to impose a five-day ban on players who are not released from club duty, meaning City will have to face their bogey team without two Gabriel Jesus and Ederson.

As past meetings have shown, Leicester are not the ideal opponents to face without two of their star players…

As we all know by now, Leicester’s main line of attack is to play balls into the space behind the defence and have speedster Jamie Vardy latch onto them. Given City’s propensity to play a high defensive line, Leicester have often found joy when welcoming Pep Guardiola’s side to the King Power Stadium.

In a 4-2 defeat to Leicester in 2016/17, an admittedly very different looking City side couldn’t live with Vardy and his teammates, with John Stones in particular struggling to deal with balls in behind.

Of course, Ederson played that day and was powerless to prevent the onslaught, but with him in the side City are better equipped to deal with the weakness Leicester always try and take advantage of.

His buccaneering style of rushing out of goal to meet defence-splitting passes often causes the heart to skip a few beats, but it affords City’s defenders an insurance policy and some peace of mind that he’ll sort things out so they can focus on building attacks.

In addition to this, Ederson’s ability with the ball at his feet, as well as his extraordinary passing range, arekey tools when attempting to bypass the intense press that Leicester subject their opponents to.

With Ederson suspended and Zack Steffen recovering from coronavirus, Scott Carson looks set to earn his second Premier League appearance for the Blues.

Without wanting to disrespect Carson or devalue what has been an impressive career, he just isn’t Ederson. He has never been a so-called ‘sweeper keeper’ and at 36 years of age he’s unlikely to suddenly become one.

Without their sweeper behind them, Guardiola’s defenders will likely either play slightly deeper, inhibiting City’s overall attacking ability, or stick to their guns and pray that Leicester’s attackers have an off day and fail to ruthlessly exploit the ocean of space behind them.

Things could get messy.

Gabriel Jesus has flourished in his new right-wing role for City, scoring one goal and providing three assists in the consecutive 5-0 wins over Norwich and Arsenal.

His development has stagnated in recent times, but the 24-year-old looks rejuvenated after Guardiola decided he was better equipped to be a winger rather than a number nine.

Ultimately though, question marks still remain. Norwich and Arsenal provided very little defensive resistance, meaning that a trip to Leicester would have been Jesus’ first opportunity to test himself against a decent backline. Of course, he’s played on the right-wing for Brazil before, but he still needs time to settle in as a winger at City.

With even tougher fixtures against Chelsea, Paris Saint-Germain and Liverpool on the horizon, it would have been useful for Jesus to gain some experience playing in his new position in a tighter contest.

Without that luxury and having endured an international break five days longer than most, he could come into those aforementioned fixtures somewhat colder than he and City would’ve liked. With the suspension, a chance to pick up where he left off has been scuppered.

Of course, these concerns could prove to be unfounded. City’s defence could marshal Vardy’s Leicester out of the game, leaving Carson with little to do. Jesus could return to action against RB Leipzig next week, bag another hat-trick of assists and everyone will forget this ever happened.

But for a manager like Guardiola who always likes to be in control, the actions of the Brazilian authorities and FIFA are a significant blow. Hopefully, City have enough to get a result without their outlawed stars.

Do you think City will suffer against Leicester without Ederson and Jesus? Follow our City Fan Brands Writer Alex Brotherton on Twitter to get involved in the discussion and give us your thoughts in the comments section below.