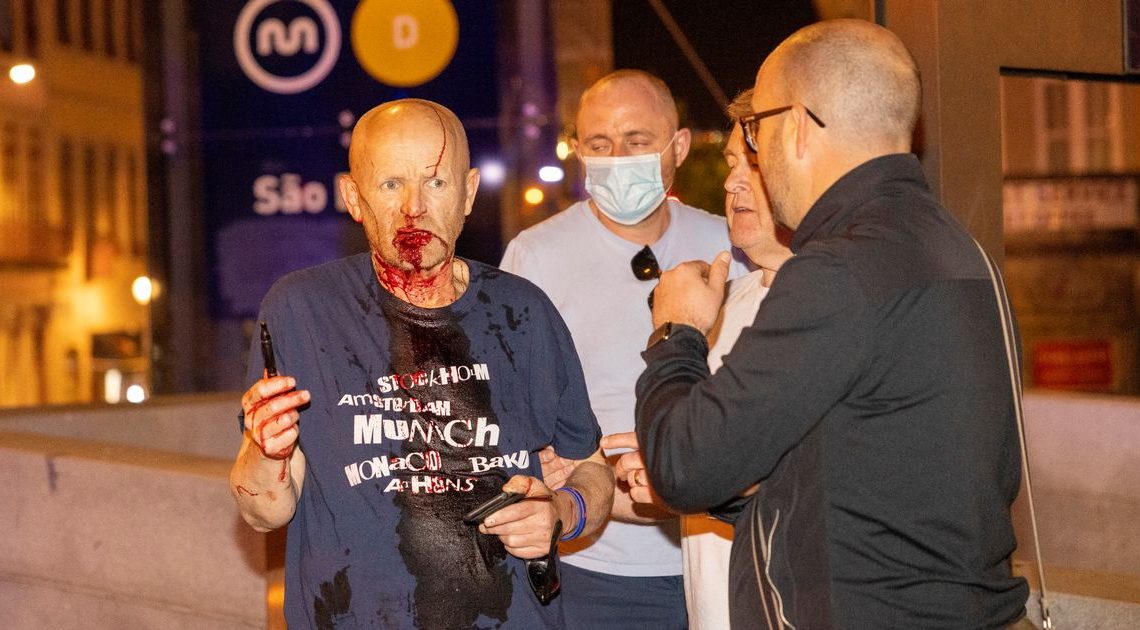 Football fans clashed with police last night ahead of the Champions League final as officers enforced a 10.30pm bar closure due to Covid-19 measures.

Hundreds of Manchester City and Chelsea fans are already in Porto for Saturday’s game.

As police watched staff close pubs and bars throughout the city they became involved in angry confrontations with supporters, the Mirror reports.

Many didn’t realise there was a strict 10.30pm drinking curfew to prevent the spread of Covid-19.

One Chelsea fan was led off drenched in blood.

Some City fans were involved in skirmishes with police.

Both sets of supporters had mingled happily together throughout the evening bellowing “Who the f*** are Man United?”

One fan said: “It was pretty minor – some people wanted another drink and the police were determined to move people on and back to their hotels.

“There was no trouble between Chelsea and City fans.”

In a separate incident, City and Chelsea fans clashed in a city centre street as they returned to their hotels following the 10.30pm curfew.

Mobile phone footage posted online showed the supporters fighting before police stepped in to break it up.