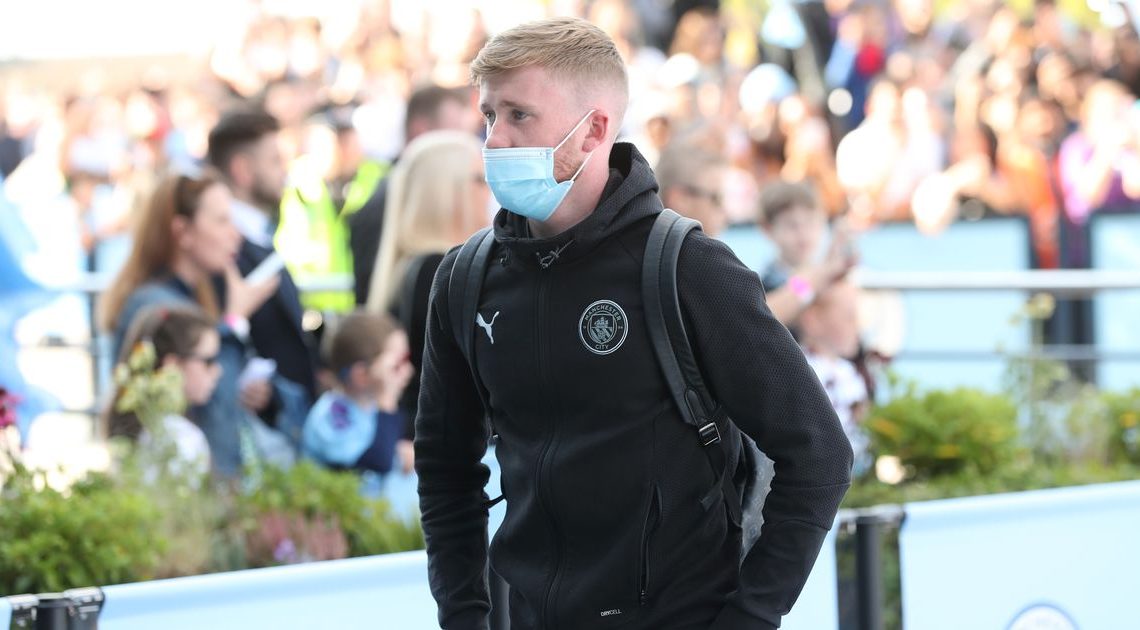 Tommy Doyle will spend the rest of the 2021/22 season in Germany on loan at Hamburger SV.

The Manchester City academy player, who was bumped up to the first team in 2019 after impressing Pep Guardiola on the summer tour and made his senior debut in October of that year, will look to help fallen giant HSV earn their place back in the Bundesliga before returning to the Etihad next summer.

One of the most well-known German clubs boasting a stadium that can hold 57,000, they were relegated from the German top flight in 2018 and have failed on the last three occasions to bounce back, sacking four coaches for those missed opportunities.

With former Stuttgart manager Tim Walter now in the hot seat, HSV hope that Doyle can contribute towards a successful promotion campaign. The team have started poorly, taking just six points from their opening five games to sit 10th.

Doyle follows the example of Taylor Harwood-Bellis – who broke into the first team at the same time – in spending the season on loan after two years learning from Guardiola and the first team squad.

City’s manager was happy for the pair to get more first-team experience this season but put a block on some of the younger players leaving despite the many requests that the club had. Cole Palmer, Liam Delap, James McAtee and Romeo Lavia are among the group of academy players that Guardiola intends to integrate with the senior group this season.

Yangel Herrera, Philippe Sandler, and Patrick Roberts are also available for moves as a quiet deadline day at the Etihad nears an end.