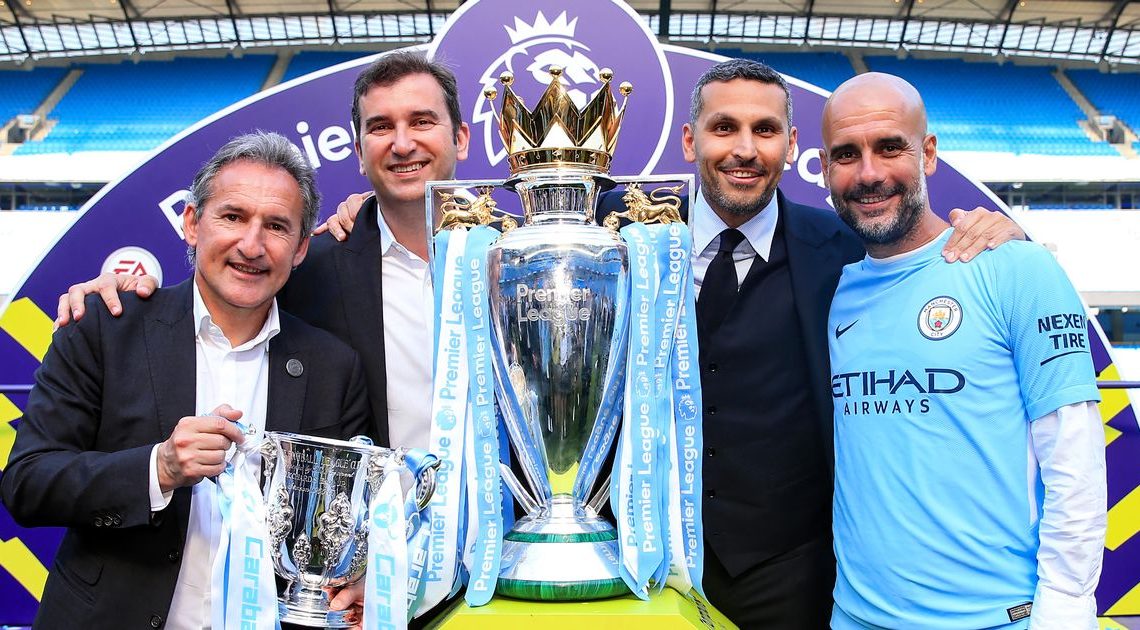 Maybe Manchester City have made a breakthrough this summer.

After reaching their first Champions League and securing a third Premier League title in four years, it seems like the perception of City from the outside is finally changing.

Just look at Barcelona, who have already signed two City players – one not offered a new contract and the other their fifth-choice centre-back – and are now being linked with plenty of other players from the Etihad.

It wasn’t long ago that signing a reserve player from Barcelona was a huge deal for City. Now, it’s the Spanish giants looking to Eastlands for City’s castoffs.

Aymeric Laporte, Bernardo Silva, Ilkay Gundogan and Raheem Sterling are all others being linked with Barca, seemingly with Sergi Roberto as their only bargaining chip. Hardly an upgrade of anyone at Pep Guardiola’s disposal.

But the players mentioned are all either getting older, or having trouble getting into Guardiola’s big-game XI every week. So if the right offer, or the right swap deal, came about, City would be foolish not to at least consider it.

However, this summer City are coming into the market from a position of strength. They’ve defeated UEFA’s attempts to discredit their spending tactics, and have the success on the field to back up their ambitions. They don’t need to settle for anyone else’s cast-offs.

Do you think City should spend big this summer? Let us know in the comments here.

Look at the three big names being linked with the Blues. Signing any of Harry Kane, Erling Haaland or Jack Grealish wouldn’t just make City stronger, it would weaken a domestic or European rival at the same time. Bayern Munich are masters at that kind of transfer, and City could learn a thing or two from them, even if it comes at a higher fee.

When swap deals are mentioned for Kane, giving Spurs one of your better players to offset the loss of their talisman might bring the price down, but wouldn’t have the ruthless effect of knocking them out of any sort of contention for the title. As long as Kane is scoring goals, they will always be a threat. Maybe reports of Tottenham wanting a cash-only deal would be more beneficial in the long run.

Alternatively, City could use Barcelona’s apparent interest in their players to their advantage, too.

Despite getting linked with Roberto every transfer window, he’s not the answer. And he’s not worth letting a key player leave.

But perhaps someone like Frenkie de Jong is. If City were to consider letting Laporte, or Gundogan, or Bernardo leave, then they could at least use the move to strengthen a key position and ensure they get a return on their investments in these players. In a season or two, City will need to refresh their midfield with Fernandinho 37 at the end of this month and Gundogan and De Bruyne both 30 next season.

If Barcelona really want to keep using City to try and rediscover their form, then City could at least use their new-found superiority to their advantage. Swap deals should only be considered if it’s City who come out with the better side of the exchange.