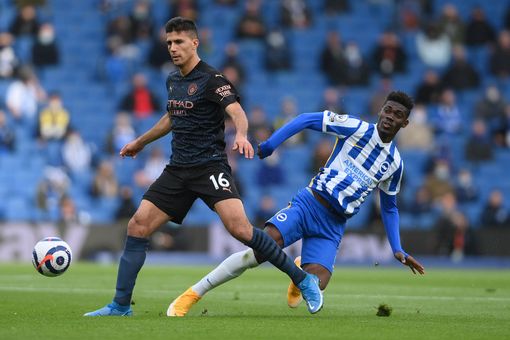 Today will be dominated by the trophy lift but it is also the final chance for players unsure of their places in the Champions League final – and there are still one or two – to impress Pep Guardiola.

The prediction is that the manager will play something close to his final team, as he did at Brighton in midweek, and he hinted at that when he said on Friday that he cannot be worrying about injuries, as they can happen in training, or even playing with your kids, as happened to Kyle Walker last week.

Kevin De Bruyne would probably benefit from a run-out after not featuring in the last couple of games, while there is still a big decision to be made between Fernandinho and Rodri in the holding role.

The Brazilian’s leadership and street smartness in the second leg of the semi-final against PSG has put him right in the frame, but Rodri has the younger legs and added aerial ability in both boxes. Tough call.