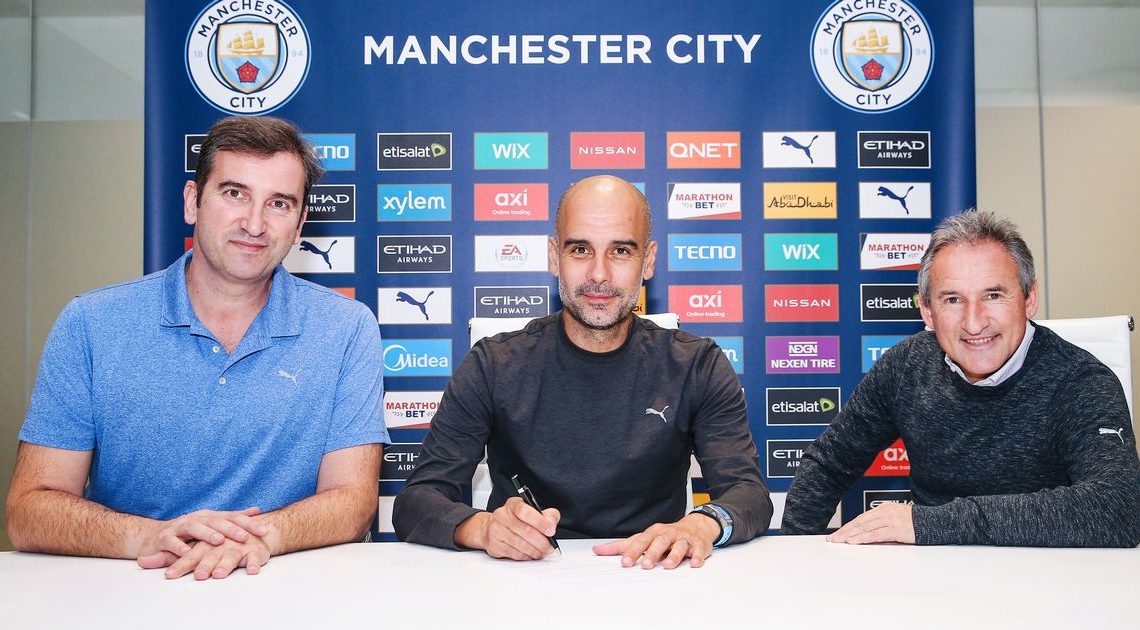 Planning for this summer’s transfer market will have been going on for months.

As the window opens today, Manchester City can put their long-established plans into action and work on bringing a big-name replacement for Sergio Aguero to the Etihad.

COO Omar Berrada spoke about having the funds for Lionel Messi, if it became an option, at the start of the season, although that dream appears to be over. Instead, chairman Khaldoon Al Mubarak said the club are ready to invest in a quality replacement for Aguero, insisting City must not stand still after winning back their Premier League crown.

Pep Guardiola has hinted that maybe some of the prices quoted might be too high for City, but this is a club who have allowed their record goalscorer to leave to a European rival, so must have some confidence of signing a new striker.

As City bosses begin their first day of the transfer window, this is what should be on their summer to-do list:

Fernandinho was on the Premier League’s released list last week, but that simply reflects that contract talks were delayed until the end of the season, with nothing yet agreed. An extension feels right for all parties, and tying down the influential captain for another year should be the first item on City’s to-do list.

The third-choice keeper for the last two seasons is set to be released by Derby this week, and can continue his role as support for Ederson and Zack Steffen next season. He would take up a useful homegrown spot in the squad, and can carry on using his experience to help the whole first team. A free transfer is a cheap no-brainer.

This is where the decisions get tougher. Do City pursue Harry Kane, Erling Haaland, or someone else? Any striker target is likely to cost a lot, and City have hardly hidden the fact they’re willing to spend big on the right player.

City must decide on their first-choice striker, and work hard to get that player at the best price. It is a decision that could make or break their summer, and fans will be mindful of the two-year searches for a long-term holding midfielder and centre-back. City can make do without a big striker signing, but would be putting plenty of pressure on next year if they failed to bring anyone new in.

4. Who could be swapped?

Reports suggest City could use some current first-teamers as makeweights in any deal for a star signing, or sell a key squad member to fund the big addition. If that is the case – and there is bound to be interest in players who have just won two trophies and got to a European final – then City must be smart.

Any players in contention to leave should be identified quickly, and a decision made without emotion. If a swap deal leaves City worse off in regards to the balance of their squad, then they should be prepared to walk away. But then if someone wants to leave, they don’t need players who aren’t fully committed.

Jack Grealish is another player being linked with City. He wouldn’t come cheap, especially if he performs well for England in the next month, so City must decide if now is really the right time to move for him. If he is – can they sign him as well as a striker?

And should City try to go for two huge signings, maybe the discussion over swap deals or high-profile outgoings will need to be given more consideration.

6. Look at other positions

Khaldoon Al Mubarak said City were looking at other areas of the squad to strengthen, with left-back and central midfield both long-term issues. If an opportunity arises – like the deal to sign Ferran Torres last year – the chairman’s comments suggest they would explore it.

What should be City’s priority be in the transfer window? Let us know in the comments here.

To fund what is set up to be a busy summer, City might need to look at their wider collection of players to see if any could be sold to raise some money. Angelino raised around £15m earlier this year, while Jack Harrison looks set to join Leeds permanently. Players like Lukas Nmecha, Pedro Porro, Yangel Herrera and others could also be sold to boost the transfer budget, without impacting on the first team squad at all.

If Jadon Sancho was to leave Borussia Dortmund, City are entitled to 15 per cent of any profit the Bundesliga side make over the £8m they paid for the England international in 2017.

Once all the transfer dealings have been decided, City might also look to review their contract situation among some key players. City like to sort extensions early, and there have been talks reportedly scheduled for Raheem Sterling, Phil Foden and John Stones. Tying key players down will make future transfer windows much easier.