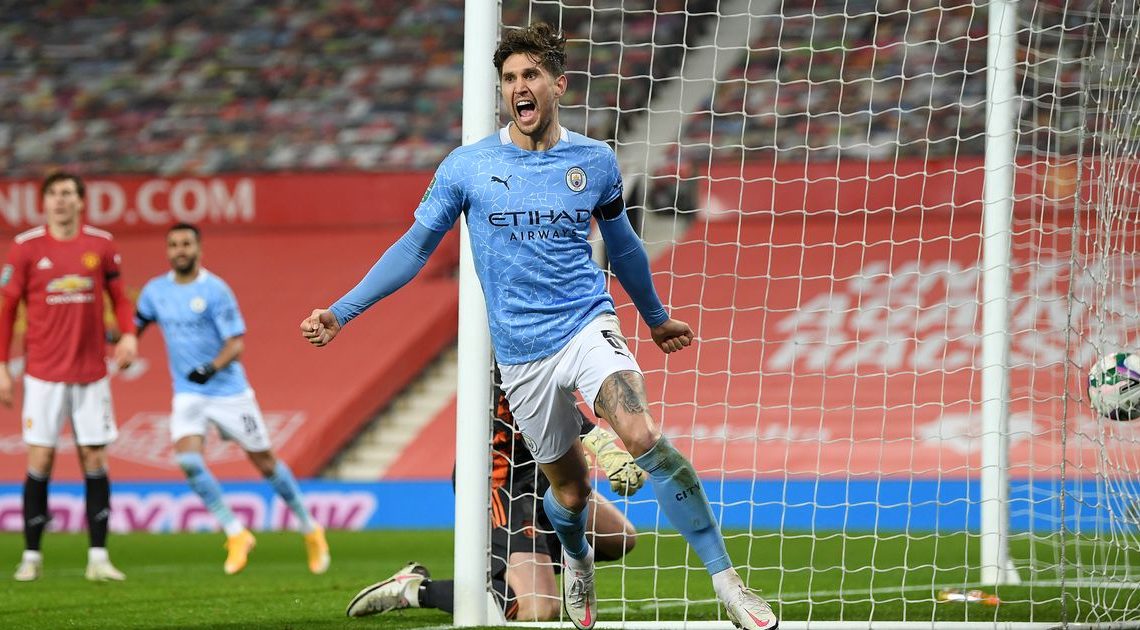 Manchester City star John Stones has explained he ‘always wanted’ to score against Manchester United in the derby.

Stones renaissance this season alongside Ruben Dias at the heart of the Blues defence played a key role towards Pep Guardiola’s side overcoming their sluggish start, with their pair developing an elite partnership – City conceded just 32 goals in the Premier League.

While it seemed last campaign that Stones was likely to seek an exit from the Etihad after falling out of contention with Guardiola, he continued to go from strength to strength this term, notably scoring his fair share of goals to add value to City’s attack going forward.

One of those goals notched by Stones was scored in the Manchester derby against United in the semi-final of the Carabao Cup in January, when the 27-year-old bundled it past Dean Henderson from Phil Foden’s dangerous delivery into the area from a free-kick.

How would you rate John Stones this season? We want to hear your thoughts in the comments below.

“This is my most liked post,” Stones explained to in-house media, discussing an image of his goal celebration at Old Trafford.

“It was derby day, a big one for me, to score in a derby was something I always wanted to do and that was made possible. To win it as well, I think we went there [Old Trafford] twice in two weeks.

“We drew the first one and obviously won the second on and then that got us into a final, so it was a massive, massive game.