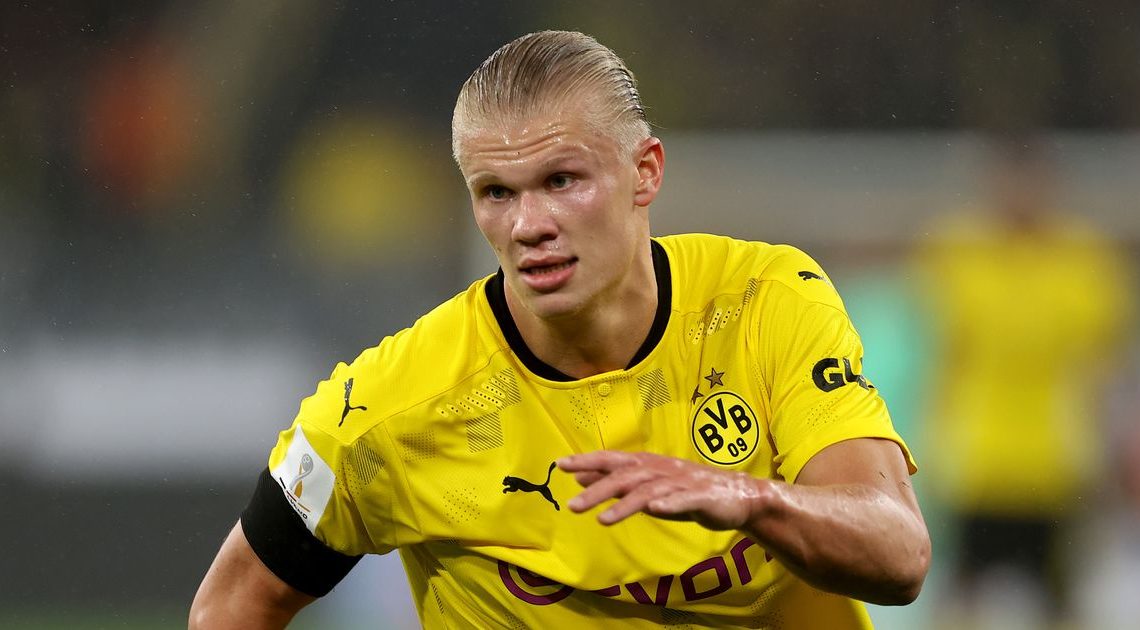 Huge economic power will ensure that Erling Haaland touches down in the Premier League next season.

That’s according to former Arsenal manager, Arsene Wenger, who has issued a huge transfer boost to Manchester United and Manchester City in their would-be pursuit for the Borussia Dortmund sensation.

Haaland joined the Bundesliga club in January 2020 and has established himself as one of the hottest properties in Europe since then – scoring 63 goals in 64 games across all competitions.

The 21-year-old was in high demand during the latest summer transfer window, too, but a high-profile move to the Premier League did not come around.

Instead, his prolific services will continue be tracked throughout the 2021/2022 campaign.

Haaland, who has also netted eight goals in 13 senior internationals for Norway, has a near-£75million release clause that will become active this season.

Regardless of how much the Dortmund striker will cost, though, it is United and City who are most likely to head up the race for Haaland, according to a man who understands the Premier League and UK market.

“The economic power of the Premier League is too strong. English football is dominant because it’s where the most money is. The best players always go the best way to make the most money.”

Wenger added: “Haaland is likely to be the next high-profile goalscorer after Mbappe.

“He’s a super talent. His ambition, his will to score goals and the ability to fight in a duel [set him apart].

“He’s there and wants to win – there is something in him that is great for a striker.”

Sign up to our United newsletter so you never miss an update from Old Trafford this s eason.