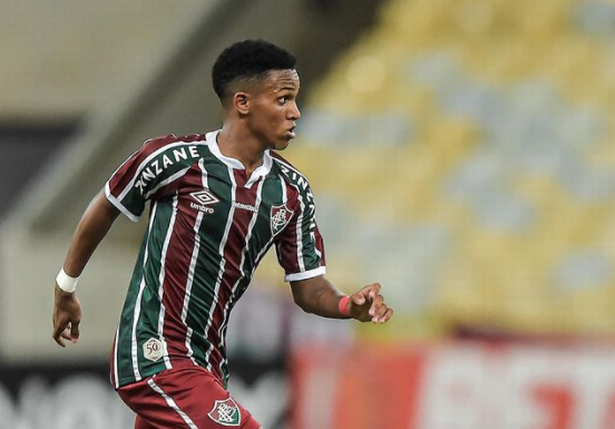 Manchester City’s transfer deadline day was shaping up to be a rather quiet one, after a summer that saw them break the British transfer record to sign Jack Grealish but miss out on Harry Kane and Cristiano Ronaldo.

However, the latest reports briefly linked City once again with a name that they’ve been at pains to distance themselves from for some time.

Highly rated Sporting Lisbon left-back Nuno Mendes looks to be on the move and there were briefly noises that saw him linked again to City.

According to Fabrizio Romano, Mendes’ agent Miguel Pinho contacted both City and Paris Saint-Germain about the 19-year-old Portugal international.

Portuguese champions Sporting were reportedly open to selling the player, but want 40million euros to part with his services.

Romano later tweeted that City were not willing to meet that valuation, placing PSG in a prime position to complete a loan with an obligation to buy.

As reported by the MEN, City have repeatedly made clear across the summer that there would be no bid for Sporting defender Nuno Mendes and that stance remained the same today.

Left-back has long been a problem position for City. Oleksandr Zinchenko and Joao Cancelo are Pep Guardiola’s frontline options.

Zinchenko, despite impressing in recent seasons, is not a left-back by trade, while Cancelo’s right-footedness makes him an awkward fit on the left flank.

According to the Telegraph, City are standing by their refusal to release Gabriel Jesus and Ederson for Brazil’s upcoming World Cup Qualifiers.

FIFA recently reminded clubs that they are obliged to release players for international fixtures, but the City pair look set to miss Brazil’s upcoming games against Chile, Argentina and Peru.

Having your Kayky and greeting it

Kayky, the 18-year-old Brazilian sensation, is in Manchester – his expected January 2022 arrival having been brought forward.

A deal to bring the Fluminense attacker to Manchester was agreed in April, and he will now continue his highly-anticipated development at the CFG

Even though it’s unlikely Kayky will be in the first-team picture immediately, he is not expected to make a temporary move before the deadline.

The youngster has been likened to Neymar for his trickery and flair, so he is definitely one for Blues to keep an eye on.

Realistically, a Sergio Aguero return to the Etihad was always a pipe dream, but City’s failure to sign an elite striker this summer did raise the fantastical question, especially give Barcelona’s financial struggles.

However, the Catalan giants are reportedly able to register Aguero to play in LaLiga, following wage cuts taken by Jordi Alba and Gerard Pique.

Aguero has been a Barca player since June, but due to the club’s wage cap, he has not been registered to play in the league.

This development means that Aguero – who will be sidelined until October through injury – definitely won’t be returning to add to his club-record 260 goals.

Follow our new City Fan Brands Writer Alex Brotherton on Twitter to get involved in the discussion and give us your thoughts in the comments section below.