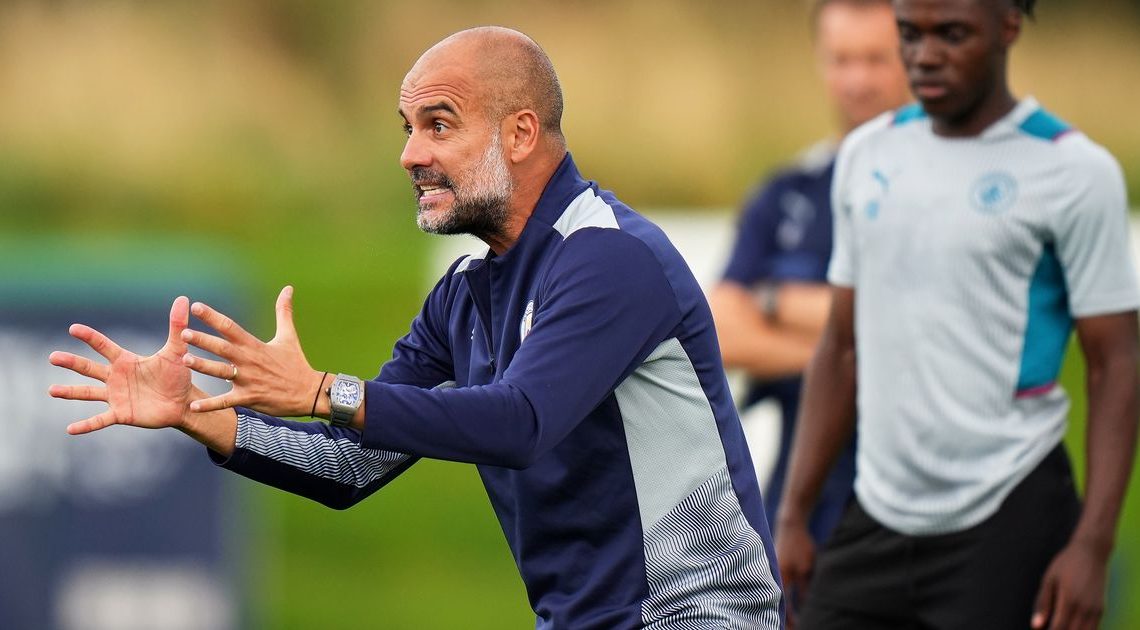 Pep Guardiola is sceptical that a plan to hold a World Cup every two years – and cut the amount of travel and games for top players – will ever get widespread support.

The Manchester City boss agreed that Arsene Wenger’s proposal this week for a biennial tournament is an idea worth considering, especially as the former Arsenal manager tied in ideas for reducing the players’ workload.

But Guardiola has long been cynical about the way football’s various governing bodies and competitions all look after their own interests, leading to an international calendar that gets increasingly more congested.

And he suggested it is “ridiculous” to think that the opposing vested interests of Fifa, Uefa, and the leagues, could all work together to produce a better international football calendar.

Wenger has proposed that qualifying for international tournaments should take place entirely within a month, rather than peppered throughout the season as it is at present.

Guardiola agreed that change is needed, and welcomed Wenger’s proposal but suggested that the self-interest that has caused the congested calendar we now have will not be defeated.

That is already evident, with Uefa, La Liga and the World and European Leagues body all expressing opposition.

Said Guardiola: “Always I’m glad when new ideas are put on the table to discuss. You don’t have to criminalise ideas.

“The clubs and the leagues defend their position, FIFA defend theirs and UEFA defend theirs. That’s why when we talk about global football ideas it is ridiculous because everyone just looks after themselves.”

Select your preferred City XI to face Leicester, without Ederson or Jesus, using our tool:

But he added that as a fan he would love to see more World Cup tournaments: “The World Cup is amazing. As a supporter I enjoy watching and if it is every two years that would be good.

“I’m in agreement with Arsene in that if it isn’t the World Cup then it will be another competition. The Confederation Cup or a new tournament.

“The only reality is that the top players only have two weeks off, not three months for regeneration physically and mentally. It is just two or three weeks off. During 11 months it is games, games, games.

“What I think Arsene has proposed is a tournament of the biggest quality. OK, we don’t play the World Cup and they’ll just create another tournament, that is for sure.

What do you think of Wenger’s World Cup idea? Let us know in the comments section

“Before, the pre-season was four or five weeks, now we have 10 days.

“I’m glad that one person who has done incredible things in world football – not just the Premier League – has put a situation on the table. We are going to talk about the good things and bad things related to it.

“We are here (playing) every three days but we don’t organise the competitions. They say this is the competition, they send the referees and we play.

“But don’t say altogether we’re going to think about it because this is ridiculous. Everybody thinks for themselves, that’s why I’m not a big supporter of (the idea) that we will unify what is best for football for the next years.”