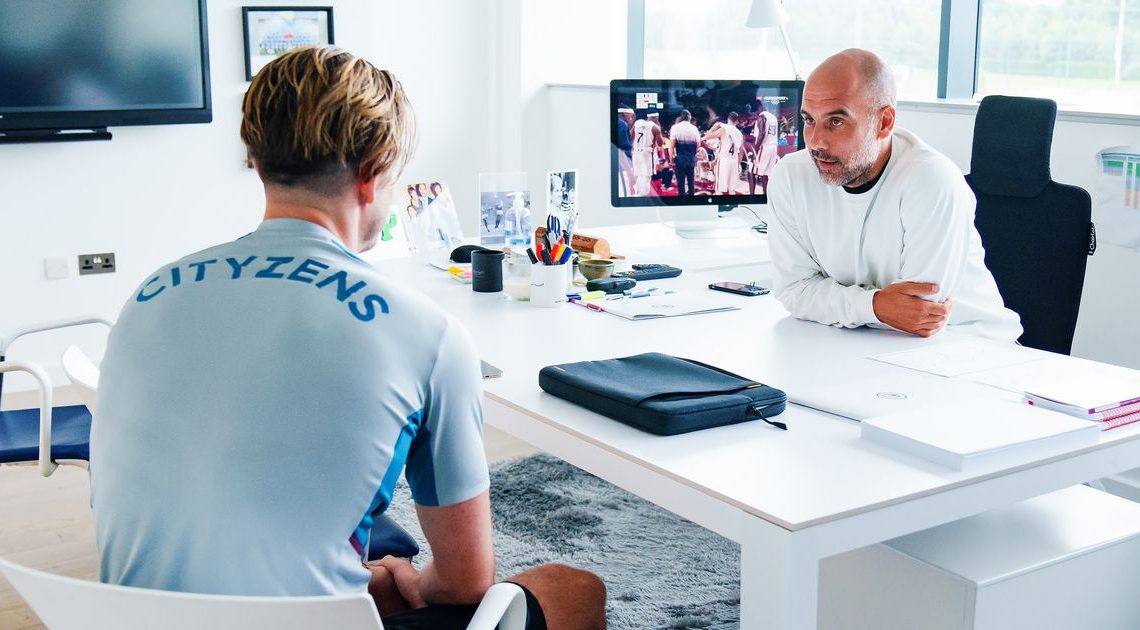 Pep Guardiola will face the media for the first time since the Champions League final ahead of the Community Shield on Saturday.

The Manchester City manager has used the lowkey pre-season preparations — including three behind-closed-doors friendlies rather than the lucrative and high-profile tour games usually part of the schedule — to focus on his team, but is obliged to take questions as his team get ready to take on Leicester at Wembley.

There is certainly much to discuss. Jack Grealish completed his £100m record deal to the Blues on Thursday evening, the club are still without a Sergio Aguero replacement with less than four weeks of the transfer window remaining, and Barcelona have made the dramatic announcement that Lionel Messi cannot renew his contract at the Nou Camp.

We’ll have updates from the manager as they come from about 1.30pm in the afternoon where he can be expected to take questions on all of the above as well as team news for Saturday.