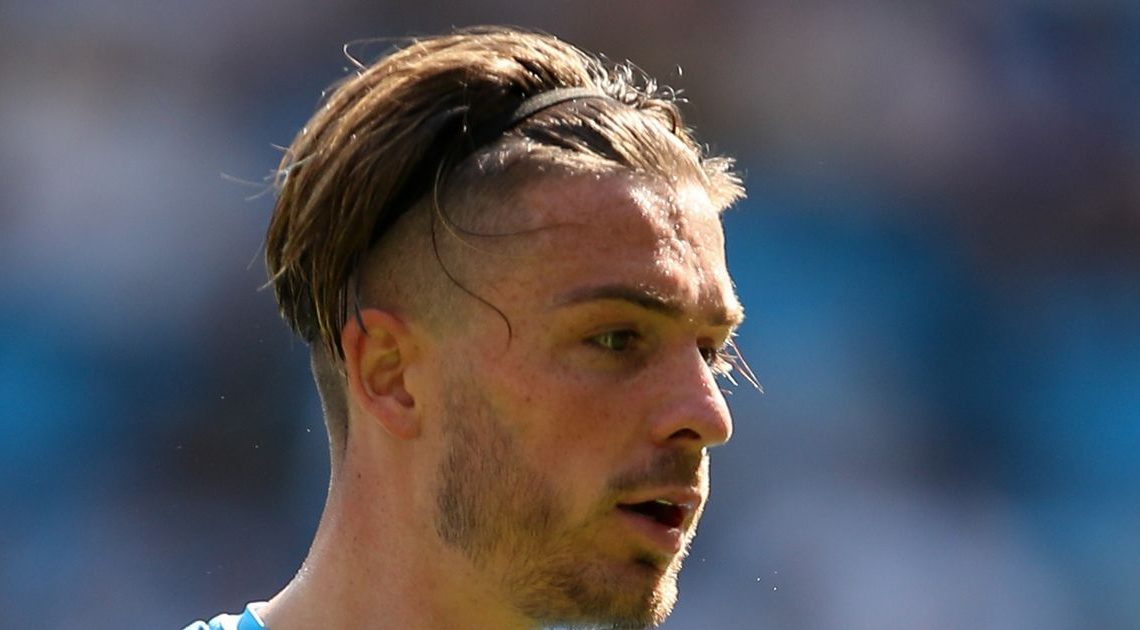 Former Manchester City striker Robbie Fowler has tipped Pep Guardiola to get the best out of Jack Grealish.

The Premier League champions splashed out £100million to Aston Villa for the playmaker and on Thursday, England fans got to see early glimpses of change in his performance.

He got one assist as he teed up Declan Rice who’s long-range effort squirmed under Peter Gulacsi to put the icing on the cake in the Three Lions’ 4-0 win over Hungary.

For Grealish, he could’ve had a hat-trick of assists, especially in the second half at the Puskas Arena. He threaded through and laid a number of opportunities on a plate for his England teammates and captain Harry Kane, with the latter squandering at least two gilt-edged opportunities from the 25-year-old’s service.

“There’s a simple reason why Manchester City have spent £100million on Jack Grealish – his class on the ball,” Fowler said in his column for the Mirror.

“I’ve known since he embarrassed Liverpool in the 2015 FA Cup semi-final that he has an astonishing ability to ­unlock defences, a rare quality which commands a massive premium.

“I think Pep Guardiola will coach some of that out of him – purely because he’ll want Jack to move the ball quicker than he did at Aston Villa.

“I reckon that will excite Gareth ­Southgate too, because it could add an extra dimension to England.”

Prior to the international break, it was back-to-back 5-0 wins for the Blues with Grealish opening his account on his home debut in the dismantling of newly promoted Norwich City.

Last season, he was one of the most fouled players in the English top-flight as he tried to steer Dean Smith’s side over the line, influencing at any opportunity.

Fowler scored 21 goals in 80 appearances for City but he feels that the playmaker, which saw City break the record for highest fee paid for a British player following his move, will help right the wrongs from an almost perfect 2020/21 season.

“If City have had a weakness – and we certainly saw it in the Champions League Final – it is sometimes being too pedestrian in the build-up.

“Jack has that ability to draw two or three players in, and his instinct then is to try to beat them.

“That is one of the things ­Guardiola will have identified in recruiting him… but he’ll want something subtly different.

“Undoubtedly, Pep will be drilling into him the idea that when he draws two or three players in, then two of them are out of ­position… and a quick ball can exploit that space. There is too much class surrounding Jack at City for him to get the ball and keep it all ­afternoon. If he tries that, he’ll be put straight in no uncertain terms.

“This is where Pep’s coaching will come in, and perhaps Ole Gunnar Solskjaer’s at ­Manchester United for Jadon Sancho and Mason Greenwood. Perhaps Marcus Rashford too.

“A club season of that for England’s Grealish, Sancho, Greenwood and Rashford will give their talent an extra dimension. No bad thing with a World Cup on the horizon.”

England welcome Andorra to Wembley, with Grealish starting on the bench, as they look to continue their dominance in Group I after they ran rampant in the second half against the Hungarians to make it four wins and 12 points from a possible 12.

Although they conclude the two-break spell with the tough task of beating Robert Lewandowski’s Poland in Warsaw, two wins from their remaining two this month will stand them in good stead for Qatar 2022 World Cup qualification.