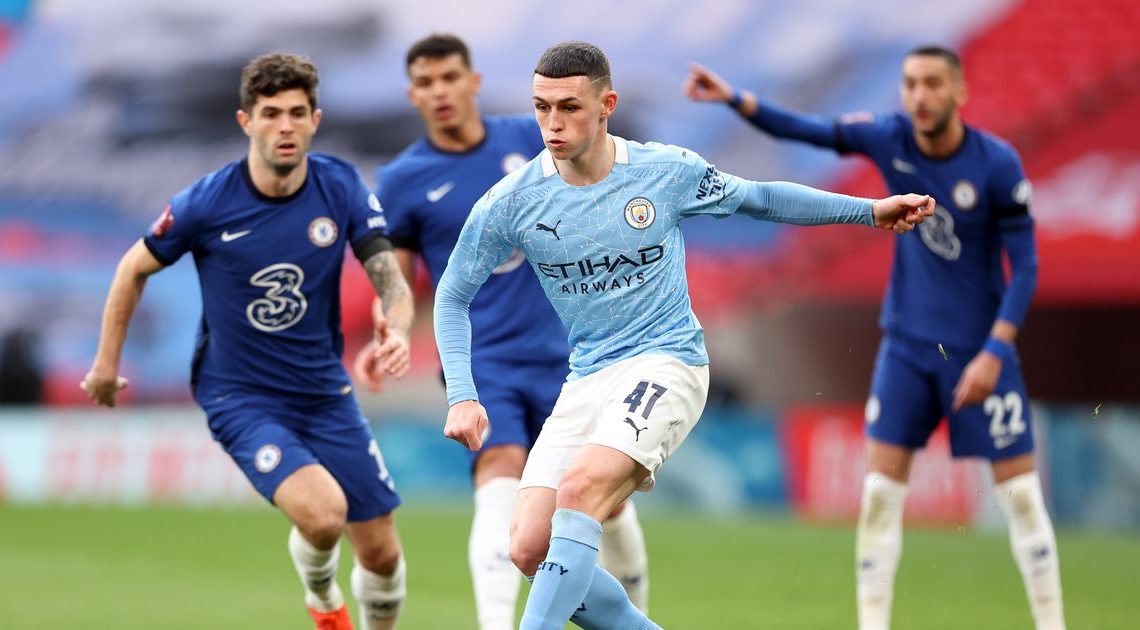 Foden’s rise under Pep Guardiola ‘s watchful eye at City has been sensational and the 20-year-old boasts a remarkable trophy haul for such a young player after winning four League Cups, one FA Cup, two Community Shields and four Premier League titles.

That’s without mentioning Foden could clinch the elusive Champions League trophy next week, and it’s now clear – if anyone once doubted it – that he’s an incredibly special talent, hence his involvement in all of the Blues’ biggest games this season.

The dynamic playmaker-turned-forward has come up against some of the world’s best players this term, and it’s a Chelsea player that he’s named as his toughest opponent, with the pair set to rekindle their rivalry on May 29 in Porto.

“He’s probably the most obvious one, but it’s Kante,” Foden told Sky Sports. “He’s just everywhere. You think you’ve got away from him but he’s always just by your side. He does everything. He runs everywhere, he’s such a great player. I’d probably say he’s my toughest opponent I’ve played against.”