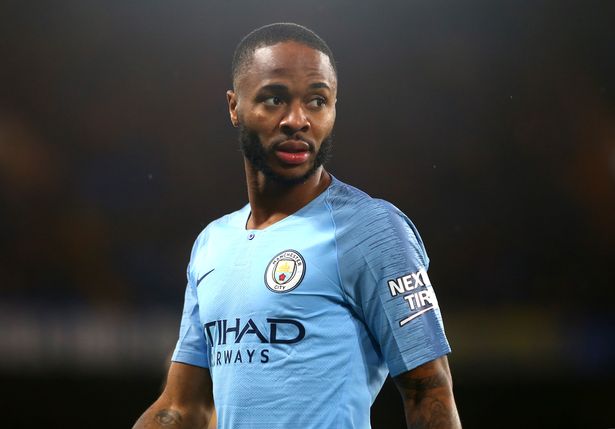 There’s a silent poise to Raheem Sterling that is hard not to admire.

His attitude reminds me of Michelle Obama’s famous speech, where she said: “When they go low, we go high.”

Make no mistake, Sterling has been on the receiving end of all the tyranny and negative experiences that football, and indeed life, can throw his way.

But he always seemed to rise above them, too.

Waking up on a Sunday morning, before most of us had the chance to make ourselves a cuppa, brew or chai, Sterling shared an Instagram post that sent waves throughout the football community and the country at large.

The post itself was eloquent and directly called upon the English media to hold up a mirror to themselves and ask: “How do we report on black football players compared to white players?”

Not making it about himself at any point – he provided a simple comparison between how two Manchester City players, Phil Foden and Tosin Adarabioyo, had been covered after buying houses for their mothers.

As a section of the media were fixated on the number of pounds sterling a young, back footballer was spending, Raheem Sterling used his platform for change and anti-racism activism. He asked for “fair publicity” and an “equal chance” for all players.

Scoring and assisting to continue his incredible form for the Three Lions in a 4-0 victory over Hungary on Thursday weren’t the only reasons why the player made the headlines this week.

Sterling’s achievements on the field are the thing that we, as football fans, want to focus upon and bask in their joy. A society and footballing climate where racism remains rampant make that impossible.

Some Hungarian fans were filmed on camera making racist gestures towards Sterling and Jude Bellingham. You could hear them as the game was being played too.

The Puskas Arena was an environment – their workplace, no less – where black players were subjected to vile and openly racist remarks and gestures. It wouldn’t be tolerated or have any chance of avoiding real repercussions in any other place of work.

These incidents begged several questions. Why were players put in a situation where racism and abuse were completely inevitable, following the behaviour of Hungary fans at Euro 2020? When will the authorities go further and dock points or throw teams out of tournaments altogether?

Where is the action? Any individual, club, or national federation must know that racism is simply not going to be tolerated.

In 2021, black players are still unprotected by those governing football and continue to walk on the pitch knowing they will have people booing them for taking the knee, or simply doing their job.

Just remember players decided to take a knee after the system failed to protect them. Taking matters into their own hands, the players wanted to do something to stand up to racism and they did.

They continue to do so and fight for racial equality.

The most powerful image in sport this week was Sterling’s celebration of his goal in Budapest. He looked to the sky after removing his shirt, revealing a message to his friend Steffie Gregg, who passed away last week aged 26.

Behind him, a sea of Hungary fans angrily raged and threw drinks, making it look like rain was pouring. Hatred teemed down on Raheem as he displayed a message of love.

Look within the UK

Reflecting upon that Sunday morning in 2018, it’s important to acknowledge how this country sometimes has a problem looking inwards. Yes, some Hungarian fans were racist, but we need to clean racism off our own streets before we try to take the moral high ground.

Last month, in the aftermath of online racist abuse following England’s penalty shoot-out loss to Italy at Wembley, Twitter revealed an analysis of their data from an investigation into the matter.

The most startling of the findings was that the racist abuse on and after the match stemmed “by far” from the UK. In addition to that, 99% of users suspended were not anonymous.

They’re scary things to read, but things we must actively confront and act upon. People feel comfortable, openly dishing out disgraceful racist abuse on social media, with no fear of hiding behind a screen.

Social media is a reflection of the people that occupy it. If the majority of racist abuse on Twitter after the Euro 2020 final came from users in the UK that is damning of the racial climate in the country. Racism exists here, it didn’t disappear.

Sterling was one of the leading figures in helping to kickstart a conversation on racism, which was only spoken in soft whispers before. A taboo almost – why ruffle any feathers?

Feathers are ruffled. Let’s talk action now. How many times can a piece like this be written or a debate be aired?

One line remains chilling from Sterling’s 2018 post, which came a day after he was abused by home fans during City’s 2-0 defeat at Stamford Bridge.

“Regarding what was said at the Chelsea game as you can see by my reaction I just had to laugh because I don’t expect better.”

Black players deserve better. They need better. Better than a five-second advert, pin badge, armband or a screen message at the stadium. Empty gestures are no good anymore. We’re past that point.

The experiences and actions of players like Sterling demand better. It is time for change.