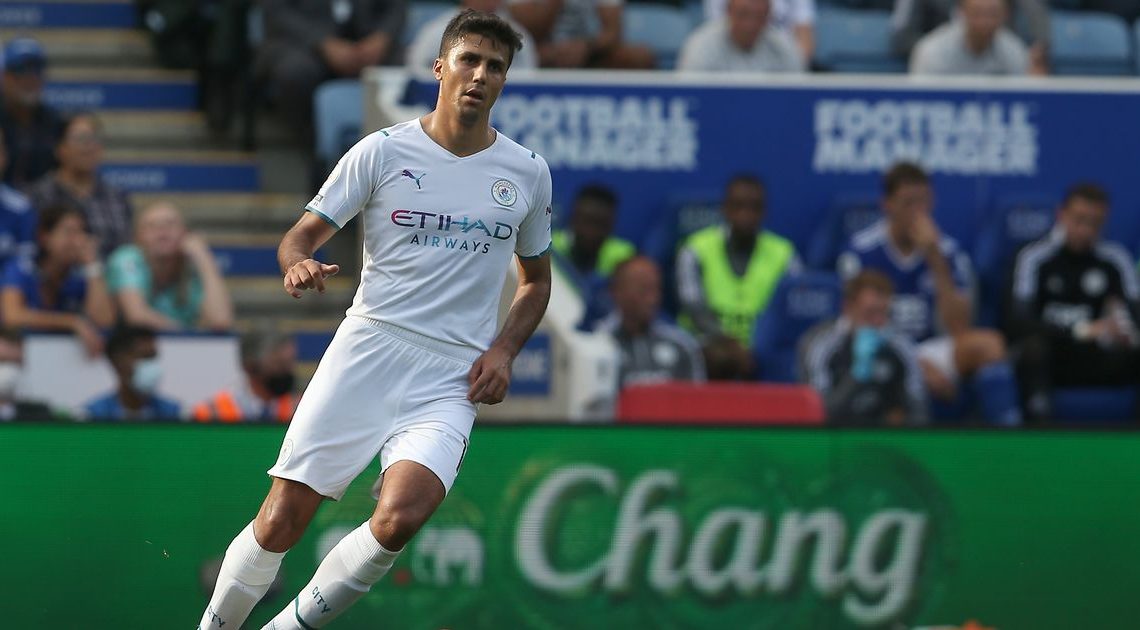 Rodri believes that the Premier League has taken over from Spain in being the dominant force in the Champions League.

The Manchester City midfielder was on the bench for last season’s all-English final as they went down 1-0 to Chelsea, but is expected to start as the Blues get this season’s tournament underway with a home group game against RB Leipzig tomorrow night.

And with both those teams, plus Manchester United and Liverpool all looking stronger this season, the 25-year-old feels that the Premier League clubs can strengthen their grip on the competition.

Asked if English clubs are the favourites this season, Rodri replied: “In the sense of arriving to the finals and having teams in the final of the Champions League and Europa League, I think yes.

“The same thing six years ago it was the Spanish league with Real Madrid, Barcelona, Atletico Madrid.

“But Europe is so different. There are different teams, the way they play, the German teams, the Spanish and we have to be 100 percent focused on what we do.”

That answer overlooked the fact that the favourites this season are Paris St Germain, following their signing of Lionel Messi – and City will face them in the group stages.

Last season was the closest City have come to breaking their duck in the competition, and the pressure to succeed in it seems to grow with every season that goes by.

But Rodri insist that there is no pressure from the perspective of the players.

“We don’t have to, it is a dream for a lot of us, it is not compulsory,” he said. “The Champions League is such an unbelievable tournament, but only one team wins it.

“We have to focus on ourselves, and the trophies are in the last part of the season. The club has been working in the last 10 years to achieve this.

“The Champions League has small details, small moments that can make the difference. We have to keep working and see if we can do what we did last season.”

The financial difficulties faced by Spanish clubs, and with Serie A’s sides also being weakened by the effects of the global pandemic, means that the relatively unaffected Premier League clubs go in to the European campaign in an even stronger position.

But Rodri says nothing is certain and when asked whether he expects an English club to win it he replied: “You never know. The Champions League is that hard that any team can – it is like this, the reality of football, the Champions League.

“Tomorrow we face a German team that has very very good players and play in a very specific way. They can compete with all the teams. I think it is going to be a tough group.”