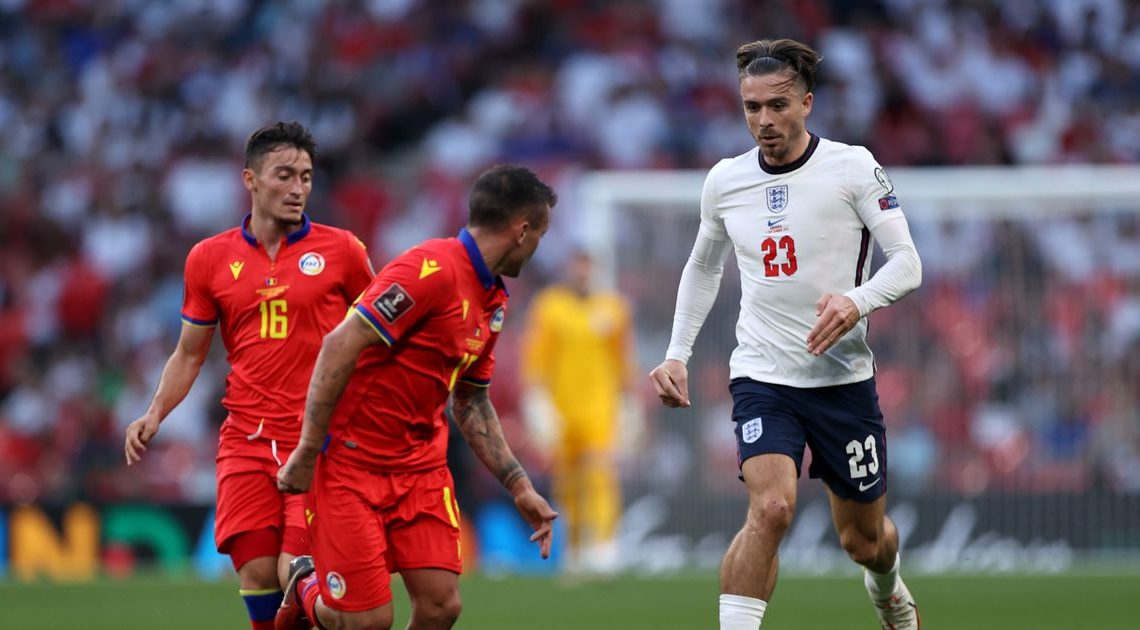 England legend Ian Wright has praised Gareth Southgate’s decision to introduce Jack Grealish as a second-half substitute adding the “impetus” that they needed to ensure a healthier scoreline against Andorra.

The Three Lions had to call upon the influence of Grealish as his second-half introduction sparked the Southgate’s side into life after what was described as a “flat” second half.

Jesse Lingard opened the scoring inside 20 minutes but the home side failed to capitalise on the gulf in class and staggered into half-time as they patiently knocked the ball around the Andorran’s to little effect.

Southgate used this game as an opportunity to make 11 changes from the side that came out of the hostile Puskas Arena with three points in which Grealish was instrumental in the win, assisting Declan Rice’s cherry-topping long-distanced strike, although a primed Harry Kane would’ve saw the 25-year-old have a hat-trick of assists under his belt.

“I was disappointed with the game, it went a bit flat but I was looking at certain players to up the ante and do something,” Roy Keane reflected after the match.

“I was disappointed with some of the senior players. You’ve got [to] pick that up do things quickly. It was probably when he made the substitutions that changed the momentum of the game. I don’t think Gareth learned anything from the game.”

With the match at 1-0, the England manager called upon Mason Mount, Kane and Grealish to inject a bit of life into the performance replacing Jude Bellingham, Reece James and Patrick Bamford.

In light of Robbie Fowler’s comments praising the £100m signing and the possibility he could add a new dimension to the national squad, Grealish’s introduction did just that as he helped create space with his bursting run threading fellow substitute Mount through on goal before he was hauled down.

“When Grealish came in, he got on the ball, he moves it, runs with it. That’s what you need, you need to move players, especially against this calibre of opposition, with all due respect to Andorra,” Ian Wright said.

“Keep them thinking. There was no way he was going to miss that it’s a superb penalty. That’s what was needed a bit more impetus.”

Lingard added another whilst Kane converted from the spot before Bukayo Saka scored the final goal to see off the 158th FIFA-ranked nation as England edged closer to Qatar 2022 qualification.

Next up is a trip to Warsaw for the clash against Poland in the final port of call for the first international break of the season before Grealish and the City contingent return to England as they prepare for Leicester City.