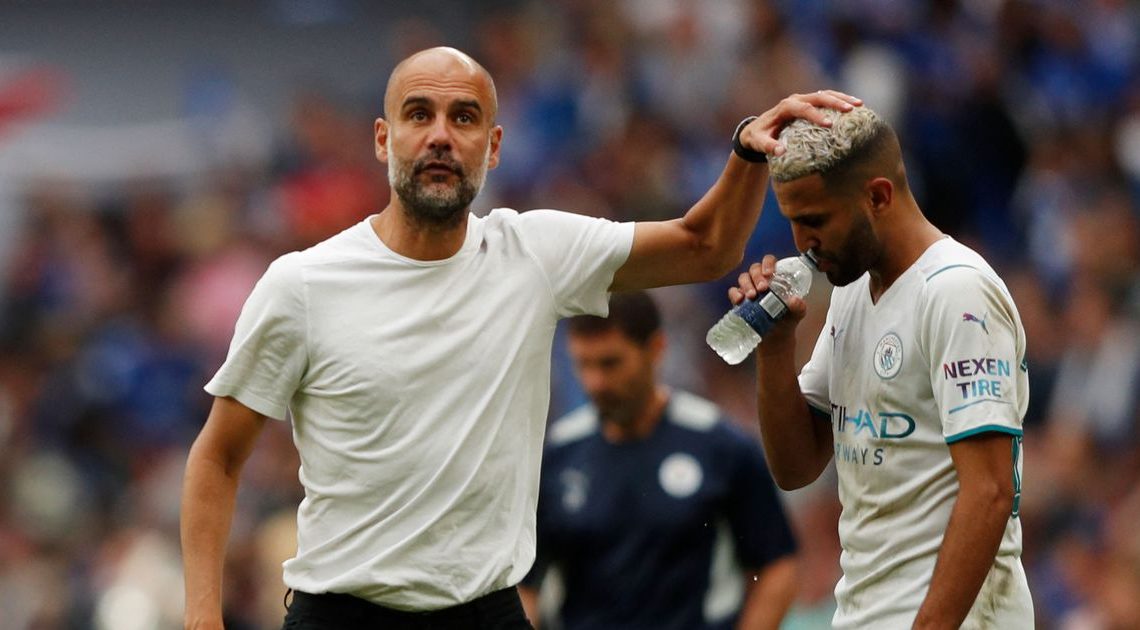 Riyad Mahrez has been forced to ditch the blond hair and revert back to his natural black colour.

Currently on international duty with Algeria, Mahrez left Manchester after the 5-0 victory over Arsenal sporting the new bleached hairstyle he had when he arrived for pre-season.

It’s not the first time the 30-year-old had opted for a brighter look, he tested the colour while he played for former club Leicester City.

But the change has not gone down well with national manager Djamel Belmadi, who wants his players to have “a look that reflects the traditions and customs of Algerian society,” according to Algerian news outlet Dzair Daily.

Belmadi, who spent time on loan at City in 2003, will not be a popular figure among City fans with his latest demands.

And in images circulating on social media, Mahrez can now be seen with a short trim in his natural hair colour of black and will no longer share a similar hairstyle to club teammate Phil Foden.

Mahrez was part of the Algerian squad who captured the 2019 Africa Cup of Nations, which included a 95th minute winner against Nigeria in the semi-finals.

The attacker is likely to feature against Djibouti in Friday’s World Cup qualifier and then again on Tuedsay against Burkina Faso.

Mahrez has started the season well for City, starting the opening Premier League game of the season and then coming off the bench a week later and grabbing a goal against Norwich City in the 5-0 victory.