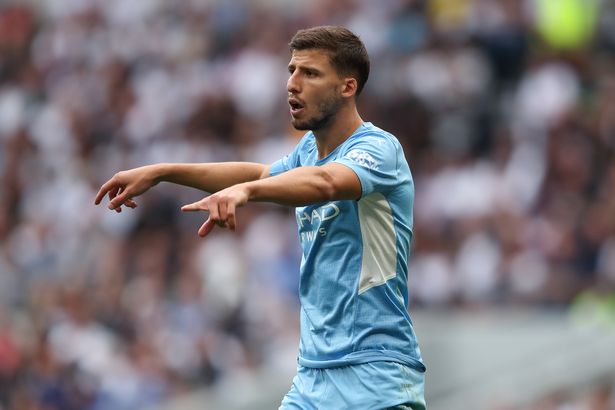 It feels safe to say Manchester City’s transfer window was something of a mixed bag.

Jack Grealish excited the fanbase as he arrived for a British record transfer fee of £100million, while popular players such as Bernardo Silva, Gabriel Jesus and Aymeric Laporte stayed put amid rumours they might be heading elsewhere.

However, the number one target was Harry Kane and the England captain remained at Tottenham.

This left director of football Txiki Begiristain in the firing line for many City fans, and that’s before we consider the “death… taxes… City not signing a left-back” inevitability of every deadline day.

So, is Begiristain a help or a hindrance to the reigning Premier League champions? The guys at City Is Ours gave their thoughts.

Since becoming City’s director of football in October 2012, Txiki has amassed quite the portfolio of signings.

It took a while for the former Barcelona director to find his feet at the Etihad Stadium, with singings like Stefan Jovetic, Eliaquim Mangala and Nicolas Otamendi among a string of punches that failed to land.

He did eventually get his act together; all of the current Premier League champions’ players are his signings, after all. Anyone that assembles such a finely tuned side can’t be bad at their job, can they?

That being said, Txiki does seem to have lost his touch this summer.

When it comes to conducting business in recent years, City have cut a cool, calm and composed presence. Thanks largely in part to Txiki. City have avoided bidding wars and paying over the odds, instead preferring to get their business done early and efficiently.

This window, things have changed. The tedious saga surrounding Harry Kane engulfed the club for the best part of three months, and despite City’s reputation for meticulous contingency planning, when Tottenham refused to sell, they were left floundering.

When City were priced out of Harry Maguire and Kalidou Koulibaly, Txiki came up with Ruben Dias. Yet when Kane fell through, he frantically turned his attention to Cristiano Ronaldo.

City had already rejected the 36-year-old when offered him earlier in the summer, so crawling back to him was a sure sign of desperation. Txiki, at the peak of his powers, would never.

Then there is another question: Is Txiki anything without Pep Guardiola?

The proportion of good to bad Txiki signings improved massively when Guardiola became City coach in 2016.

The likes of Rodri and Joao Cancelo have yet to fully convince at the Etihad. If Txiki had signed them under a different manager, would they have flopped?

Txiki has built a reputation as a master negotiator and astute acquirer of talent, but his successes are all intertwined with his Catalan colleague.

He’s a decent director of football, but this summer has shown that he’s not all that he’s cracked up to be.

As much as the idea of a transfer guru, ‘Mr Fix it’ or other such catch-alls appeal, the anatomy of a modern transfer makes it hard to pin the praise or blame on one person if it the deal stands or falls. There are just so many moving parts.

For example, in the cases of Jack Grealish this summer and Alexis Sanchez in 2017/18, Begiristain and City did their job in getting terms agreed with the desired target. The fact a rival offer came in for the latter player, prompting a change of heart, is not the sort of thing you can pin on Txiki, Omar Berrada or anyone else at the top of City’s operations.

They are men employed to guide strategy and get deals done, they are not soothsayers.

All that said, chairman Khaldoon Al Mubarak pledged to find a player to fill Sergio Aguero’s shoes. That has not happened, so by that important measure this transfer window has been a failure for Begiristain and all at City.

The reaction to that failure has still felt ludicrously overblown in some quarters.

Yes, Harry Kane can now be added to the list featuring Sanchez, Jorginho and Harry Maguire – top targets who did not arrive. City’s struggles in 2019/20 when they did not immediately replace Vincent Kompany are a cautionary tale.

But there remains a calm, methodical manner to almost everything City do in the transfer market. It is what made a couple of days flirting with Cristiano Ronaldo so alarming. That would not have been a move in keeping with anything Begiristain has done in Manchester before, even if there is a reasonable case to make an exception for one of the greatest players of all time.

City know their targets, know their price and know when to walk away. Sure, it makes for some pretty dull deadline days, but it also underpins three Premier League titles in the past four seasons.

As and when Pep Guardiola announces he will leave City on a forum other than a commercial junket over Zoom, it will be worth asking where Begiristain, Ferran Soriano and his other old allies fit into the future at Eastlands and, indeed, whether they do at all.

But for now, City have one of the finest coaches of all time working on a level of virtual telepathy with his right-hand man in the boardroom. Can it leave them sometimes looking guilty of complacency and group-think? Of course, but there isn’t a club in world football that wouldn’t want what City have in the Guardiola-Begiristain alliance.

Are you happy with Txiki Begiristain’s work as director of football? Follow our City Fan Brands Editor Dom Farrell on Twitter to get involved in the discussion and give us your thoughts in the comments section below.