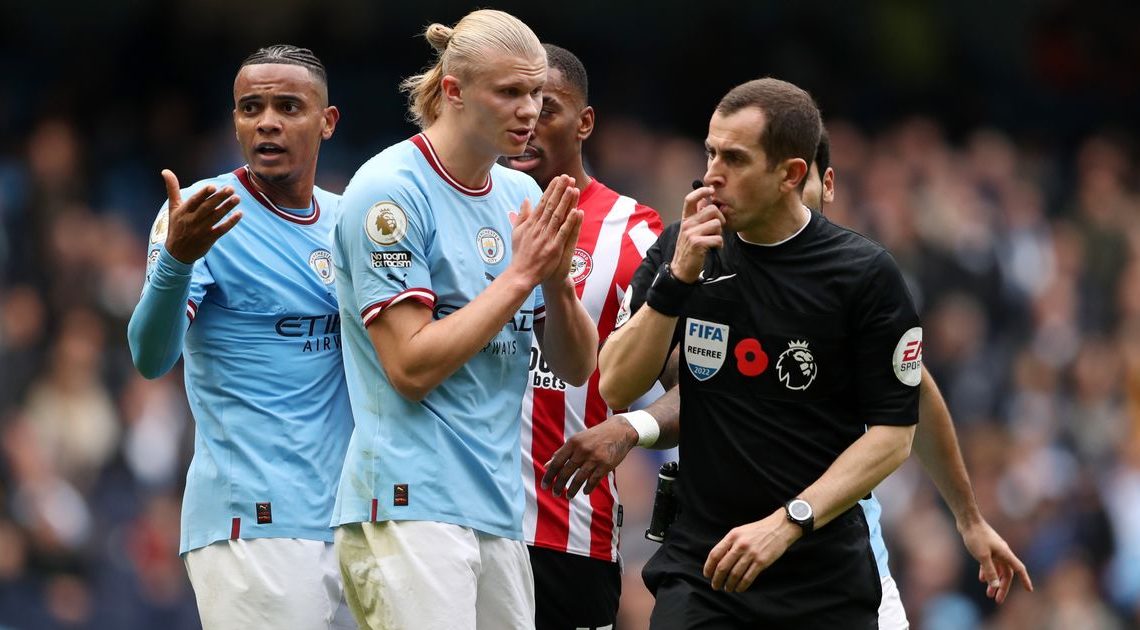 Manchester City were left fuming after they failed to win a penalty after four appeals through three VAR checks on Saturday.

During a five-minute spell during their Premier League home match against Brentford on Saturday, City had four penalty appeals rejected by three VAR checks.

The first came when Bernardo Silva skipped along the byline and attempted to knock the ball past his man, only for the ball to strike the hand of Rico Henry. Replays appeared to show the ball hitting the defender’s hand right on the line of the penalty area, but on BT Sport former referee Peter Walton said there was “no conclusive evidence” for the VAR to overturn the linesman’s awarding of a free-kick.

Two minutes later City had three penalty shouts in the space of 20 seconds; Haaland looked to be hauled down in the box, before Gundogan’s cross struck an arm and De Bruyne went down under a challenge.

On Twitter, City fans could not believe what they were seeing, although some were more concerned with the lacklustre first-half performance of Guardiola’s side.

@kdbgingermessi: So both the refs and VAR are already on holidays not just the players

@FozzzzAM: We could have had about 5 penalties in the last 2 minutes

@LizTray: Never even a sniff of a pen, we’re getting desperate here. We need to drag ourselves away from this very poor performance, quickly.