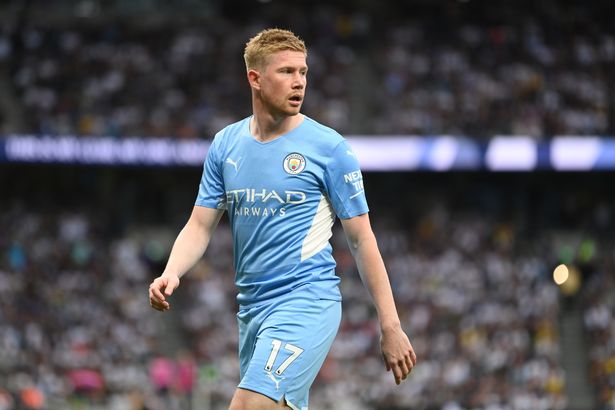 Winning matches and silverware during his tenure as Manchester City manager has come fairly easily to Pep Guardiola since he arrived at the Etihad Stadium back in 2016.

The refusal to tinker with his team and chop and change has not been so forthcoming.

However, the former Barcelona and Bayern Munich manager appears to be changing his mantra. That is because City’s 1-0 win over Leicester City at the King Power Stadium on Saturday afternoon marked the first time during his career as City manager that he had named the name starting line-up for the third successive match.

For anyone who doesn’t follow City that closely, considering the side had won their last two matches 5-0 against Norwich City and Arsenal, respectively, that may not have come as too great a surprise. But Guardiola loves to tinker, often leaving players of Fantasy Premier League frustrated, when, for instance, a player has netted a brace one week and then demoted to the bench the next.

But is Guardiola starting to change? The last three starting line-ups he has chosen would suggest so.

However, at the some point, possibly against RB Leipzig on Wednesday evening in their Champions League opener, that trend is going to end, whether it be down to fatigue, an injury, a suspension, or simply the temptation to tweak things or the system.

At the same time, though, if everyone is fit and firing, Guardiola must be struggling to decide how he changes his current preferred starting line-up, even with the likes of Kevin De Bruyne and Phil Foden making their way back into the matchday squad against Leicester.

But once the time comes for De Bruyne to be released, pick up his wand and weave his magic again, who makes way for City’s talisman? On the face of it, it is a tough question to answer straight away.

In the last three matches, Rodri, Ilkay Gundogan and Bernardo Silva, who netted the winner on Saturday, have locked out the three central-midfield positions. In those three games, all three of them have found the net once each, proving that they can add to City’s goals tally without the side being over-reliant on De Bruyne to provide the goods from the centre of the park.

Over the course of a season, admittedly, the likelihood of Rodri, Gundogan and Bernardo out-scoring or out-assisting De Bruyne is slim. After all, the former Chelsea man is City’s architect-in-chief. But who would be sacrificed for De Bruyne to come back into the side when taking into account how City are performing at this moment in time?

In terms of a like-for-like swap, Bernardo would probably the most obvious candidate. He is considered as the most attack-minded player of the current three playing in the centre of the park. Taking Rodri out of the fold for De Bruyne could leave Guardiola’s side lacking bite and aggression in the middle, meaning it could expose them to more threatening attacks.

Gundogan is more of a box-to-box player who, as we all know, plays a key role in Guardiola’s system, as proven by his tally of 17 goals in all competitions last term.

Therefore, finding a route back into the side for De Bruyne may not be as straight forward as it seems. Yes, he will return to the fray, he has to. He is City’s main orchestrator. However, deciding on who drops out for him, as well as when, may not be so simple for Guardiola to decide on.

The City boss’ days of mass rotation are showing signs of ending, but finding a spot for his main man to retake his place could prove to be an even tougher task.